= everything is cool when you're part of a team 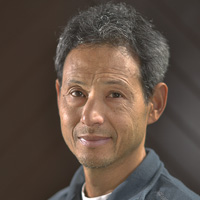 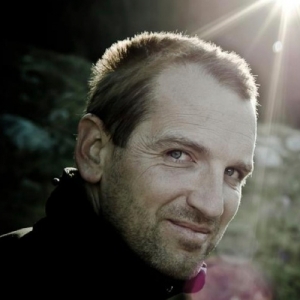 Aleš Zdešar and Andy Aungthwin are Team TLiB who have a lot in common.  They are both married to beautiful Slovenian princesses, have two children – a girl and a boy in that order, love the outdoors and are of course passionate about photography. And both have names which start with an “A”. Perhaps they should call themselves The A-Team!

One thing where they differ though is that Aleš shoots Canon and Andy is the “I am” Nikon Man. This of course is an advantage since they are able to offer specific advice on each camera system.

With the emergence of the mirror-less Interchangeable Lens Camera (ILC) systems the team has also invested their knowledge in this area with the Sony NEX and Nikon 1 cameras and lenses.

Aleš has a background in geology and works as a nature conservation adviser for Triglav National Park (The Park). So he is thoroughly familiar with The Park’s most beautiful places, as well as from a photographical point of view. And since Bohinj lies inside The Park, Aleš will take you to where the light is the most special and is known only to the very few.

When he is not in the office Aleš regularly visits communities inside The Park, in particular Bohinj where he can mix his work and his love for mountaineering, climbing and cycling – he really is an outdoors guy.

His passion for photography started on his travels around the world. And now with his wife and their two young children he travels around Slovenia and nerby countries (Croatia, Austria, Italy) and knows some stunning places for landscape photography.

Aleš has expirience in teaching photography not only in the field but runs several photography courses a year in a university.

Come and join Aleš on a special discovery of Triglav National Park’s secrets. You will not only gain photographic knowledge but also an inside look of The Park’s wonders, cultural heritage, Slovenian habits and much more.

It would be fair to say that Andy probably knows the photographic “ground level” of Bohinj better than just about anyone. (He’s really not a mountain man). It’s not because he thinks he is a great photographer or anything like that but because Andy has been fortunate enough to have had a lot that Bohinj light to work with.

Between 2001 and 2008 Andy spent his days renovating an old house in the village of Studor. This gave him a lot of time, especially in the “golden hours” to get out to shoot and shoot. It quickly became apparent to Andy that there was something very special about the light in Bohinj.

Born in Rangoon, Burma Andy’s family moved to Melbourne, Australia in the early 70’s. After his studies Andy worked as a computer programmer and then as a money market and foreign exchange dealer for the mining company Rio Tinto. Today he gladly calls himself a house-husband and father first, and then a photographer.

Melbourne with a population of 4 million couldn’t be more different than Studor with 50 houses, but this is where Andy wants to be.

Andy would like nothing more than to share with you his passion for photography in the place where he now calls home.